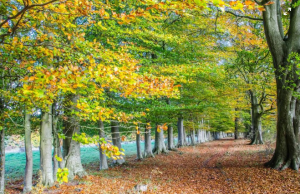 A tree planting partnership has been formed in Baildon to enhance tree coverage and help tackle climate change.

Baildon Town Council's Environment Committee have previously discussed declaring a Climate Emergency and was identifying ways in which it could support carbon reduction initiatives.

A member of the Environment Committee, Councillor Joseph Kean volunteered to give support and along with Richard, contacted several agencies and groups for further information and ideas.

Several areas in the Parish have been identified as suitable for tree planting and Bradford Council, the land-owner, has given its support, as the Council and the Forest of Bradford, have already planted 700,000 trees.

The next stage will see Bradford Council agree the plan, with planting commencing (utilising residents as volunteers) before Christmas and continuing until March 2020 when the planting season ends. The Woodland Trust will supply the trees for free, tying in with their own aims and initiatives including the Tree Charter day on 30 November 2019.

This is only one initiative to reduce the impact on climate change which Baildon Town Council will sponsor, but it is one which will also enhance the environment for the people and wildlife in the area. 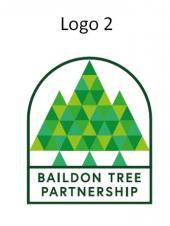 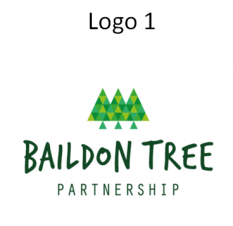 Please help to choose a logo for the Tree Planting Scheme by voting in the poll below.

The first tree to be planted by the new Baildon Tree Planting Partnership was planted on 27 November on land at the corner of Green Lane and Thompson Lane. Bradford Councillor Vick Jenkins was invited to plant the tree with children from Glenaire Primary School.

The Partnership has been set up by Baildon Town Council, but was instigated by a local residient - Richard Nottidge, with the aim to increase tree coverage in the Baildon area and is supported by Bradford Council, Forest of Bradford and Friends of the Earth. Trees soak up carbon dioxide and store carbon and are a vital tool in the fight to reduce carbon emissions.

Over a thousand trees will be planted in lower Baildon over the coming winter planting season. There will be a launch event at the St Hugh's Centre on the 18th of January at 2pm where the community will be invited to find out more about the planting plan and, hopefully, get involved.