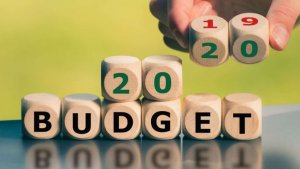 The Town Council agreed its 2020/21 budget at the meeting of Full Council in December 2019. The resulting precept was incorporated into the Bradford district calculations, which were agreed in late February by Bradford Council. Council Tax bills will be issued by Bradford Council in advance of 1 April, when the new budgets will come into effect.

Baildon Town Council has decided to increase this year's precept by a small amount. This will mean a Band-D household precept of £48.83, compared with £45.00 for a Band D in 2019/20. The five main reasons for the increase are firstly, for the protection of youth services in Baildon, which are at risk of being cut and could result in the closure of the open-access senior youth club unless the Town Council takes action. Secondly, in response to demonstrated need, the Town Council will be funding a new community bus service, which will provide links to Baildon railway station, Baildon Village, Higher Coach Road and Shipley Town Centre. Thirdly, there are ongoing costs and uncertainties about the Ian Clough Hall, Library and Children's Centre buildings, for which provision has been made. Fourthly, there have needed to be changes to staffing arrangements. Finally, in the past, local authorities received grants from the Government, known as Council Tax Support. These grants have now been completely cut and so the money has had to be replaced.

The Town Council is aware that increases in Council Tax are not always welcome but hopes that residents are supportive of the work that the council does and recognise that the charge remains less than £1 a week for the average household.